While some species ‘suffer’ the effects of climate change, others are benefiting, too much so at times;

In recent years, some species have increased to the detriment of others, some of which have always been present in the southern part of the Mediterranean basin and have gradually expanded and increased in the northern part; these include, for example, the barracuda (Sphyraena viridensis) and the peacock damsel (Thalassoma pavo), organisms which, however, as they are already part of the “Mediterranean ecosystem”, do not generally create major environmental problems. 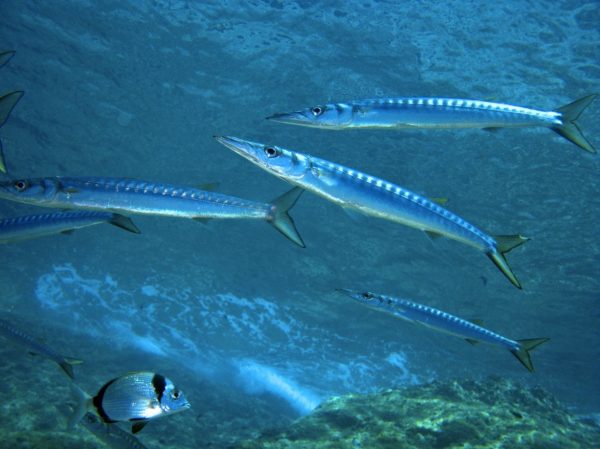 On the other hand, the so-called alien species, i.e. species originating from seas other than the Mediterranean, can cause serious ecological problems; in fact, as they do not find natural predators, they often expand without control, competing and winning against native species.

Among the alien species that most threaten the Mediterranean ecosystem are the lionfish (Pterois miles), the spotted pufferfish (Lagocephalus sceleratus) and the rabbitfish (Siganus luridus). The most damaging benthic species are green algae of the Caulerpa genus, in particular C.cylindracea, which compacts the seabed and prevents native species from taking root.

The species currently causing the most problems are mostly from the Red Sea and renamed “Lessepsian”, in memory of Ferdinand de Lesseps, who built the Suez Canal.

The presence of invasive species is not only damaging to ecosystems but also to the local communities that rely on them for their livelihoods, and monitoring of climate change phenomena is essential to develop mitigation strategies.